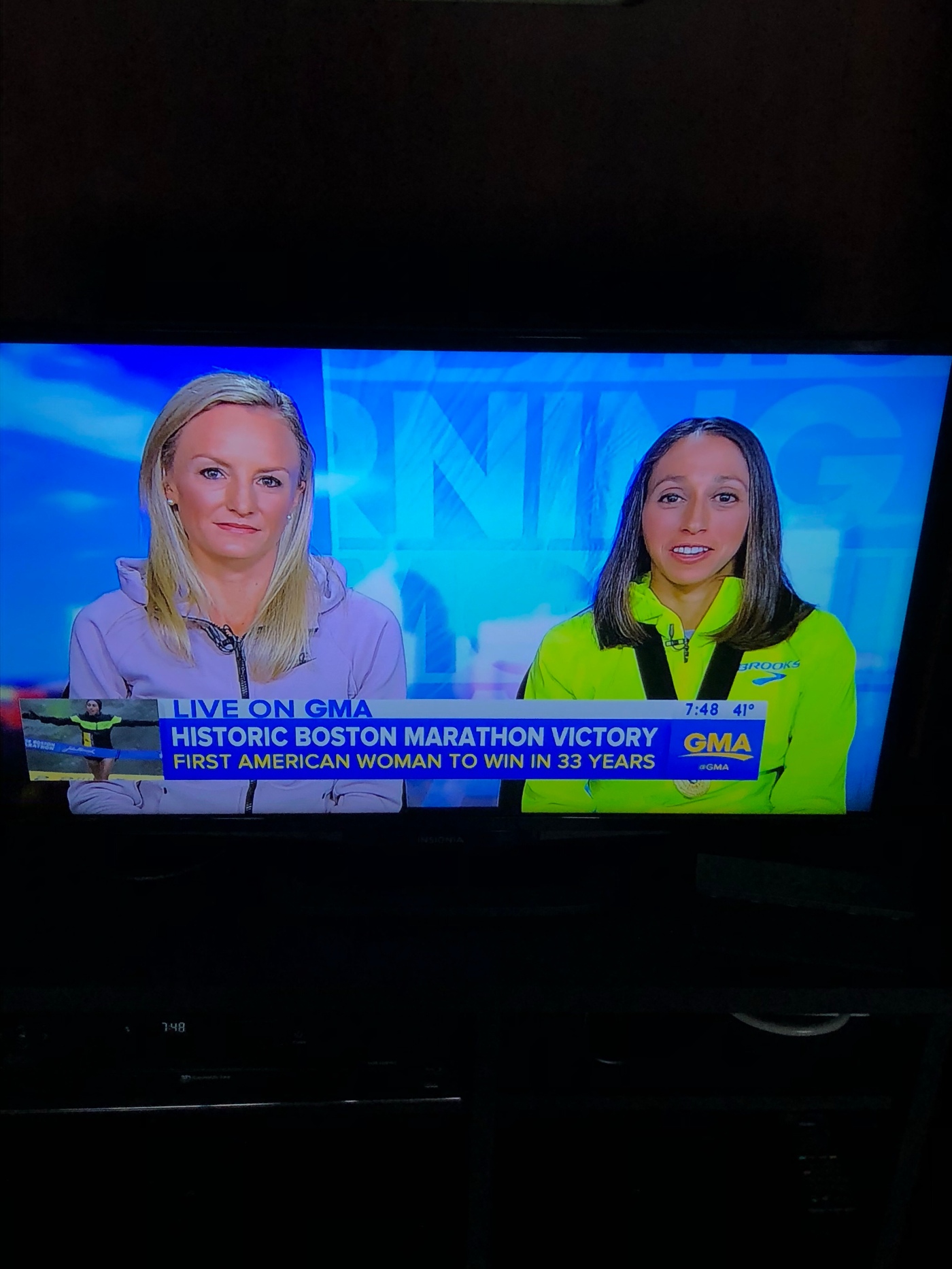 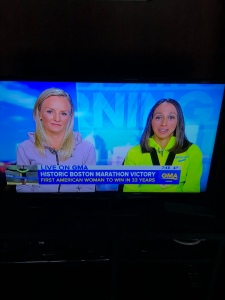 Monday was like the Super Bowl for runners – it was the Boston Marathon.

The race is always a show of amazing will and determination – just qualifying for the race is an aspiration goal of many (me, me, me!). But this past Monday was beyond what could be considered “adverse conditions.” Freezing cold, rain, winds – so many reasons to put the sneakers back in the closet and say today is not my day. But runners are not an ordinary breed, and I imagine the glory of Boston will bring it out even more.

I was working at home during the race, and since I have like 500+ TV channels, I checked to see if it was on my TV, and it was. I was so happy to bring my work out to my dry, warm and cozy living room and watch the best of humanity play out over 26.2 miles in Boston and the greater surrounding area.

Now as a Boston Girl myself, I wasn’t shy about making my hopes of a Shalane Flanagan win be known. So as I watched the first part of the race, I was in and out of the room, and while I was out, the announcers said something about Shalane, she made a detour to the porta-potties. My mouth dropped, she would lose her time, I hoped she was OK, but I thought at that point, that can’t be a good sign for a strong win. Then Des Linden slowed down to help out Shalane. What a sight, and what an inspiration.

Now if you follow running at all, which I imagine you may if you’re reading this – but spoiler alert, Des won the Marathon. She was one of 4 American women who had a great chance this year of doing it, but if you were going to judge from the early miles, you wouldn’t think so – and then to see her slow down to help Shalane get back into the lead pack, Des racing ahead and on to win would seem even more unlikely. But that’s Boston, right?!

Now I love watching sports, and I get riled up cheering for my team – but what I can’t stand is bad sportsmanship. I love going to college basketball games, but hate when even my home team yells “sucks” after an opponent’s name. This is probably why I love being a runner and participating in races so much – I feel that more times than not I see great displays of sportsmanship and fellowship during races. So, by now you may have also heard Des in the interview following her finish talk about how she had told Shalane that she didn’t think it was her day, and she wasn’t even sure if she would finish, and wanted to help Shalane if she could.

The next morning, after teaching one of my early morning classes, I was home and had Good Morning America on in the background and heard that Des and Shalane would be interviewed. When Des and Shalane retold their stories, George Stephanopoulos said he had to ask Des about slowing down when they were in a competition. Now I know what he was saying, and I know he wasn’t trying to belittle the women, or runners – but to me that was the perfect example of women competitors, and leaders (in any field) – yes, we can be baddasses, conquer 26.2 miles (the field, the court, the boardroom, whatever) but we can also do it and lift others up around us.

Who runs the world? Women Indeed! Thanks for the reminder, and inspiration Des and Shalane!